Who you gonna call... www.studiofamilial.ca

"There are so many Ghosbusters fans here," he said, "more than anywhere else I've been (on this tour)."

Cheer at you guys! lol

A large line-up of fans awaits Dan Aykroyd's arrival earlier this afternoon. Chronicle, Raffy Boudjikanian. Dan Aykroyd reminisces celebrity friends, talks Ghostbusters, wine
Over 100 people turned up at Fairview Shopping Centre in Pointe Claire this afternoon to catch a glimpse of Blues Brother and Ghostbuster Dan Aykroyd as he appeared at the mall's Société des Alcools du Québec (SAQ) outlet to sign autographs on bottles of his brand of wine and DVDs of his big films.

"I'm very involved," the Canadian actor told The Chronicle in the middle of penning his John Hancock over the various items."I work with the vintner on a basis of sampling the bottles and making sure that the production lines are up to standards that we need them to be."

Aykroyd's interest in wine began from his first love, tequila. When he discovered his favourite label, Patron, was unavailable in Canada, he partnered with its owner John Paul DeJoria, to make it happen. "They partnered with me with the distributor," he said, who happened to have wineries as clients too. That was where he saw a business opportunity and started off his eponymous label.

Even as he signed autographs and joked around with his fans, Aykroyd took the time to reminisce Michael Jackson, Farah Fawcett and Ed McMahon, celebrities he has met who all passed away over the course of this last week.

"I was very surprised," he said, of Jackson's passing, "because he was working very hard on his tour, sold-out tour in London. When I heard that he was going to do concerts in London, I immediately called the powers that be to go see him," he said.

Aykroyd was one of the many celebrity voices to sing in Jackson's 1985 hit "We are the World," and he also appeared in the video of "Liberian Girl," another of Jackson's songs, two years later.

Aykroyd also recalled appearing on The Tonight Show back when Johnny Carson and Ed McMahon ran it together. "That's how far back I go," he said, quipping over his own age.

He also said he had met Farah Fawcett, though never worked with her.

The actor said he loved Montreal several times to fans who wished him a good stay over the weekend in the city. "There are so many Ghosbusters fans here," he said, "more than anywhere else I've been (on this tour)."

He laughed at a suggestion the third film in the action-comedy franchise he co-created in the eighties should be set here. "Wouldn't that be nice?" He only said.

"The writers are halfway through the script so we'll know by August (how it's coming along)," he added of the project's progress.

The news should be welcomed by many of his fans lining up for a signature, judging by the number of those waiting with Ghostbusters DVDs in their hands .

"I didn't even know he was making a new one," said Heather Brackenridge as she waited in line.

"Even if he doesn't, we'll still love him," gushed Vicki Rossi, a fan who is particularly fond of his Saturday Night Live appearances in the past. 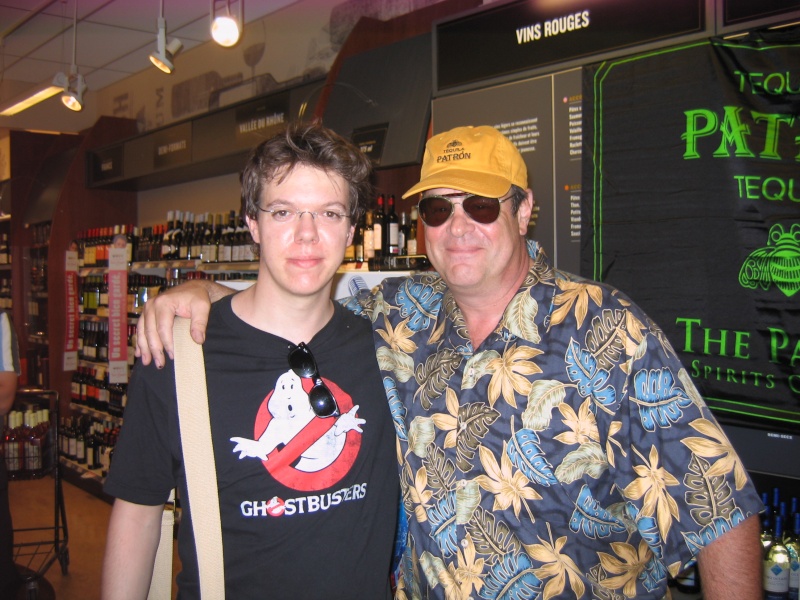 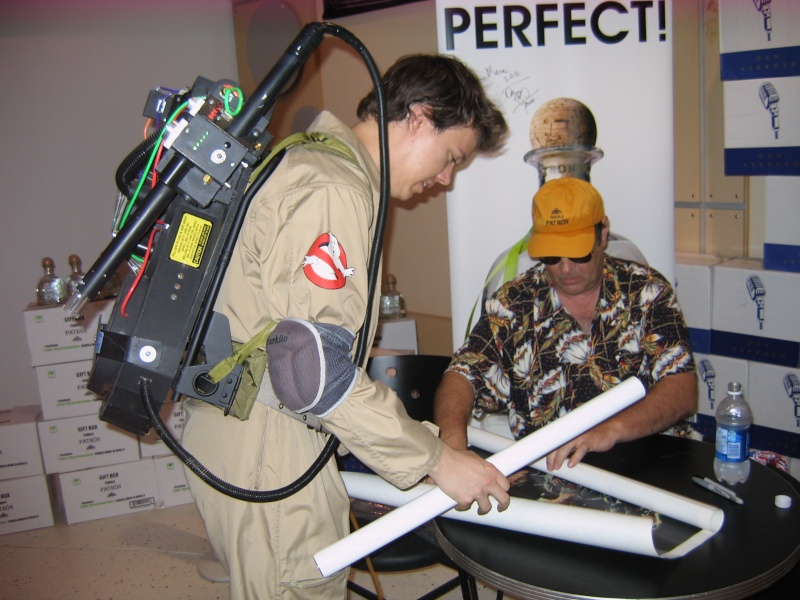 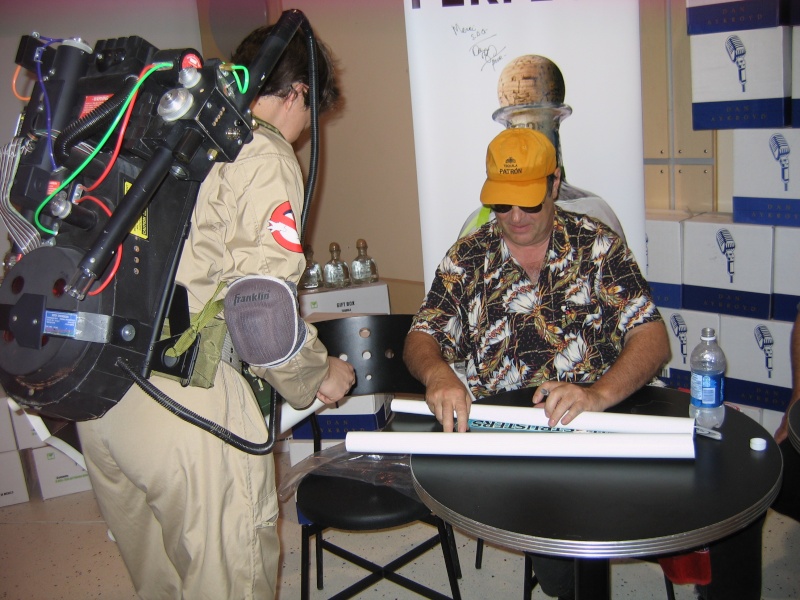 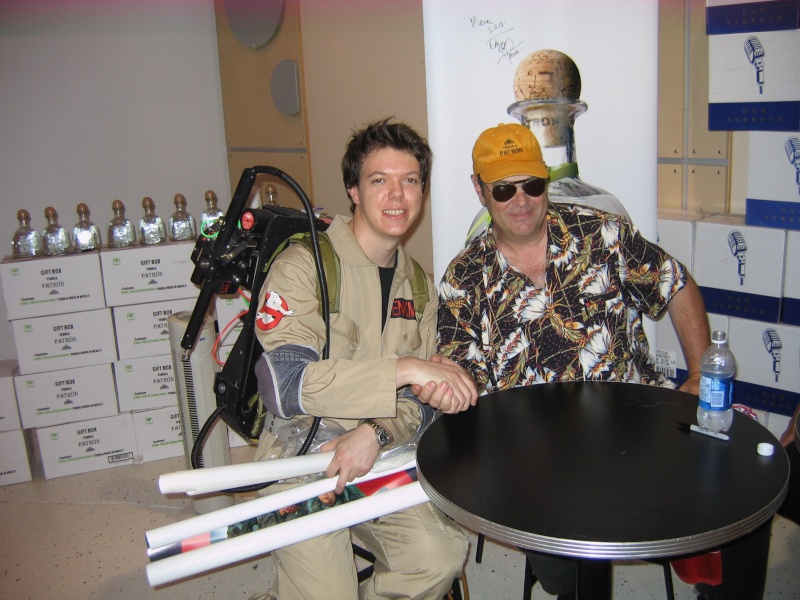 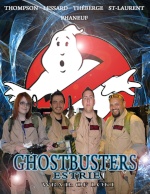 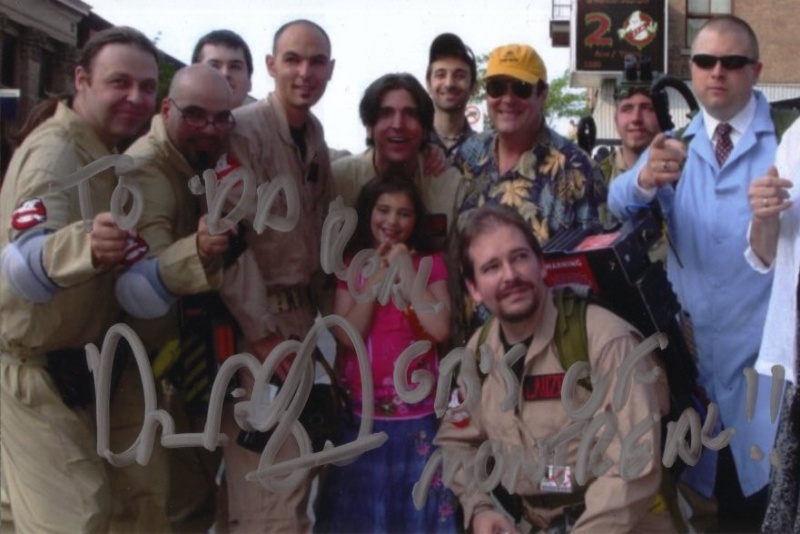